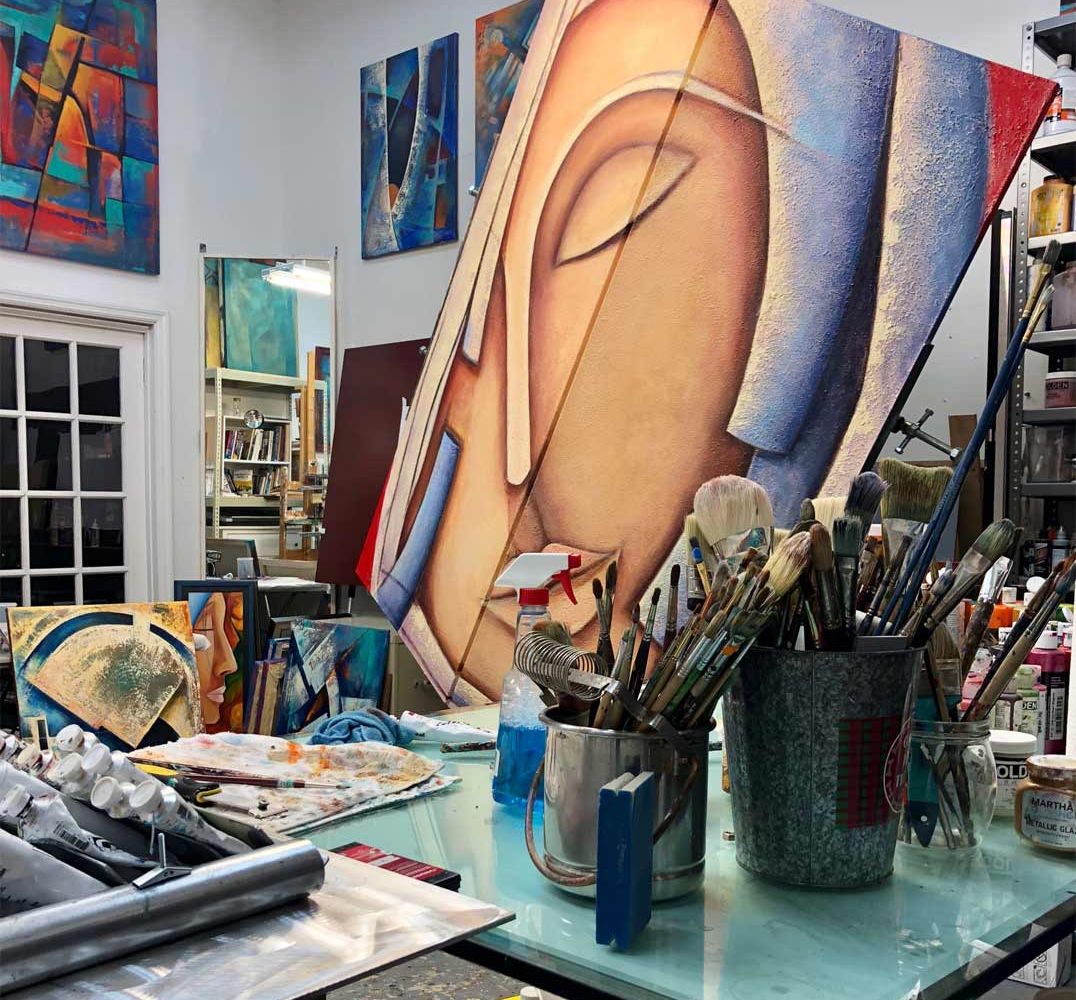 Juan Cotrino was born in Bogota, Colombia and began painting at a very early age. He had always had an innate love of painting but did not consider it as a professional path until his work was recognized by his supervisors while serving in the military.

Cotrino was eighteen years old and part of the Multi National Force Observes (ONU) in Mount Sinai, where he grew desperate without a brush or paint. Without access to conventional art supplies, he used his fingertips as a brush and a can of shoe-polish and cardboard in order to express himself. Admiring his skill, Cotrino’s supervisors asked him if he could paint murals. Cotrino happily obliged and after painting several murals, he received special recognitions and his career began.

Though Juan Cotrino has attended various art schools, he is essentially self-taught. He has developed his unique style over the years, transforming his passion into art by embracing life and the spirit reflecting his thoughts and feelings. Each painting consists of precise lines and the pure use of colors seen in traditional Latin American art. These characteristics give each of Cotrino’s paintings a strong compositional movement, varying from surrealism to figurative to even a touch of abstract. Cotrino uses symbols in his paintings to represent our lives as dream-like experiences and his palette varies from Oils to Acrylic to Mix-media.

In Cotrino’s own Words, “I devote myself to life of painting, discipline, vision and determination to trace my path to success in the contemporary art world”

close
Start typing to see products you are looking for.